Looking for a summer trip that’s great for the whole family? A destination that’s exciting, unique, thrilling, breathtaking, and most of all, memorable?

Look no further than the Grand Canyon! It’s been a summertime family destination for decades!

The South Rim of the Grand Canyon is massive, with an abundance of information to cover. Therefore, this blog is part one of two posts. Now let’s begin.

At 277 miles long, with an average depth of 1 mile and an average width of 10 miles, viewing this sprawling formation from a viewpoint is not nearly enough to capture the grandeur and vastness of the canyon.

Since the South Rim is the location of the Grand Canyon National Park, it is well-maintained and has many modern conveniences and activities, such as lodging, camping, hiking, museums, and gift shops. There are plenty of free parking spaces available upon entering the National Park, and paved sidewalks that guide visitors to viewpoints. There’s even a free shuttle service that takes visitors to a variety of viewpoints from the small town of Tusayan. There is no fee for the shuttle service, as it’s all taken care of upon entering through the National Park entrance.

The South Rim is the most popular part of the Grand Canyon, and the busiest times of the year are July and August, and again between Christmas and New Year’s. Also, the most crowded areas of the National Park are along the Rim where El Tovar Hotel and Bright Angel Lodge are located. However, if you pick the right time of year (early fall or winter months) and don’t mind going off the beaten path a little, you may find areas of the park and points along the rim that are very quiet and you could have them all to yourself.

The numerous viewpoints are, of course, the highlights of South Rim, but there are plenty of other activities to partake in, such as airplane and helicopter flights, jeep tours, and horseback riding. Visitors can also hike the canyon on various trails, or even go on a guided mule trip down into the canyon. If you only have time to explore one viewpoint, one of the most popular spots would be Hermit’s Rest, out at the western point of the National Park. Here, the canyon is narrow and deep, and the view of the Colorado River and the sunsets are simply breath-taking. There is also a gift shop at Hermit’s Rest that was designed by Mary Colter, who also designed many of the other buildings inside the park. 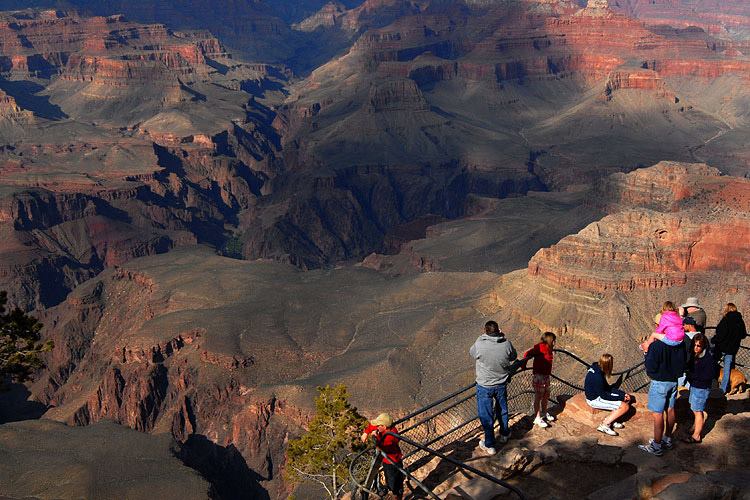 If you’re visiting the National Park on your own, we have the following aerial tours available that will give you a bird’s eye view of this majestic area. They are:

“South Rim Airplane Tour” that flies over a large area of the eastern and central rims, and features scenic views of the Zuni Corridor, Imperial Point, Confluence of the Colorado and Little Colorado Rivers, Kaibab National Forest, and Kaibab Plateau. 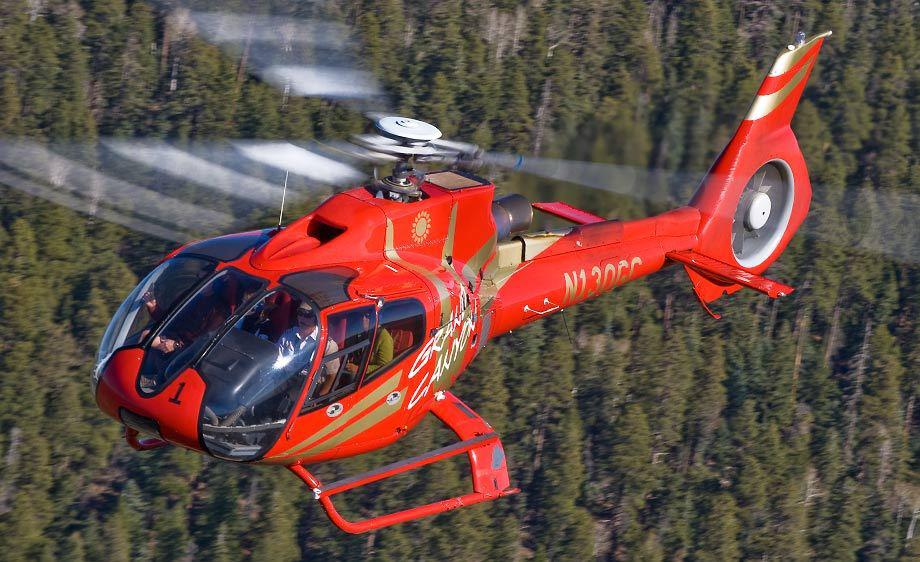 We also offer two helicopter flights, the first being the “North Canyon Tour” that flies over the Kaibab National Forest and the Colorado River and towards the North Rim of the Grand Canyon. You’ll see the Tower of Ra and Vishnu Schist as you fly back through the Dragon Corridor before landing back at the helipad.

The second tour is called the “Imperial Tour.” This helicopter tour takes you towards the Eastern Rim of the canyon, then up towards the North Rim, and back through the central regions of the canyon. You’ll first fly over the Kaibab National Forest and as the canyon opens up below you, you’ll see the Little Colorado Confluence where the travertine blue waters of this tributary merge with the dark green of the Colorado River. You’ll fly by Point Imperial, over the North Rim, and then back through the central regions of the canyon, where the canyon becomes a full eleven miles across and a vertical mile deep.

With both of these helicopter flights, you have the option of upgrading to our luxurious EC130 helicopters. Regardless of which helicopter you fly in, the canyon is guaranteed to take your breath away.

In regards to what to bring with you, necessities would include sunscreen, even in the winter. The South Rim is almost 7,000 feet in elevation so even in the winter, the sun is pretty intense. Also, bring plenty of water, as the Grand Canyon is still a desert environment. Last, but not least, bring your cameras! For most, visiting that Grand Canyon is a once in a lifetime experience, so make sure to get plenty of pictures to spark your memories in the future!

That completes part one of our blog on the Grand Canyon National Park. If you still have a few general questions that need to be answered, click here! Stay tuned for part two in September!