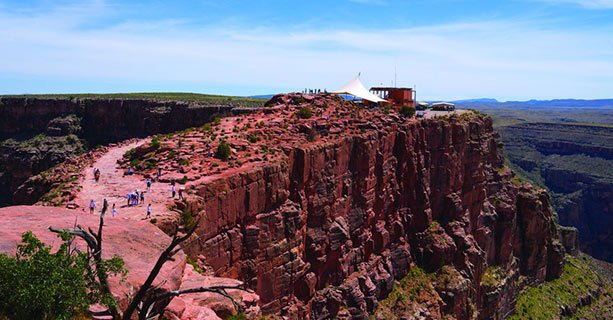 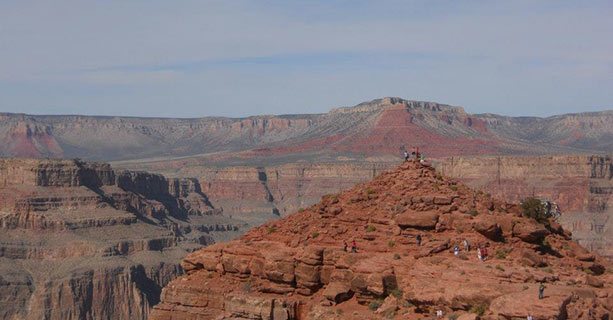 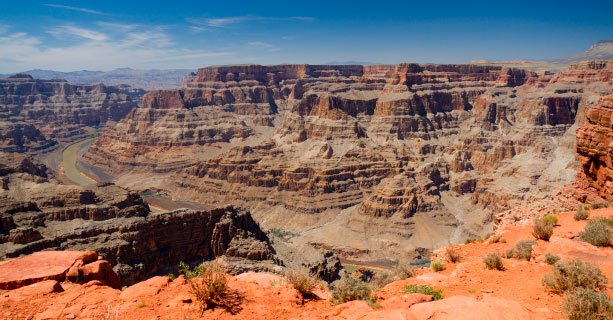 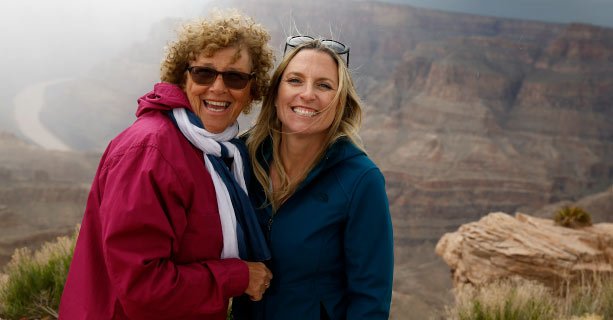 Jutting out into the Grand Canyon, Guano Point could be one of the most stunning viewpoints in the whole of the Grand Canyon. One can walk out to the tip of the point and experience a nearly 360 degree canyon view. This location at Grand Canyon West is also the home of the Hualapai Buffet (a popular package meal choice) where one can eat a sumptuous meal while sitting near the edge of the Grand Canyon. While at the point one can see a few remnants of a past age. In 1958 the rights to a nearby bat cave were purchased by U.S. Guano Corp. The company constructed a $3.5 million dollar tramway system to extract the expected 100,000 tons of guano (a valuable ingredient in fertilizer) from the cave below the rim. Unfortunately the original site survey was incorrect and the last of the mere 1,000 tons of guano was extracted by the end of 1959. Shortly after the mine petered out, a US Air Force fighter jet collided with the overhead cable system, permanently disabling it. The remaining towers were left intact as a monument to man's attempt to mine the canyon. As if this history was not enough to keep visitors busy, this point is also home to the Hualapai Market. This unique shopping area hosts many Hualapai artisans offering both their wares and education on their cultural significance.